Enhance the Corvette with a Sprint Booster

Can a Sprint Booster enhance the fun and enjoyment of driving a Corvette? Based on our research and reviews we’ve came up with this conclusion—YES.

Let us and our fellow Corvette Sprint Booster customers prove to you that it does exactly what’s advertised.

The Sprint Booster is a simple, easy, quick to install plug-n-play device that plugs in between the ETC and the wiring harness. 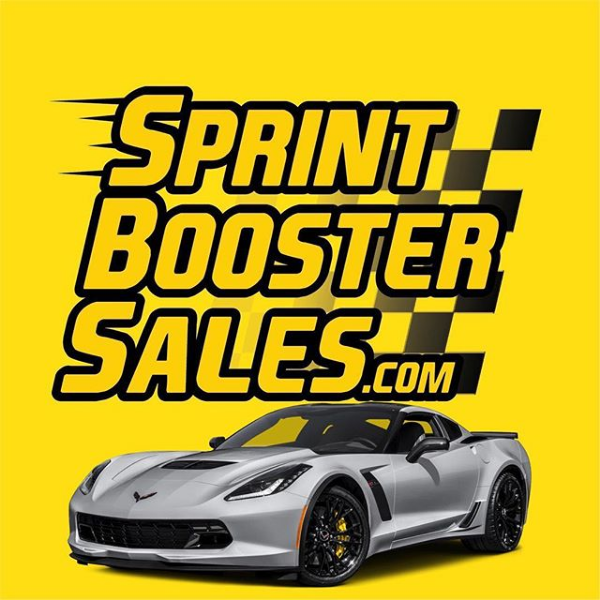 Back when you had linkage (linear) hooked up to your carb, you mash the pedal 100%, you get 100% open throttle.
Now with drive by wire, you mash the pedal 100% you get about 75% percent until a certain RPM.
This module changes that by converting the digital signal, providing the ECM with a new and altered signal. It's not making more HP, it just makes your Corvette more responsive by removing the lag.

In shorter terms, it improves your Corvette’s throttle response time, eliminating the lag between the gas pedal and the power train, giving your Corvette exactly what a Sprint Booster is suppose to do—INSTANT REPSONSE.

Maybe your Corvette doesn’t have a lot of throttle lag. Or maybe you’re just so used to driving it that you can’t realize you’re being gypped from having a better driving experience and a whole lot of fun. You’ll be pleasantly surprised how a Sprint Booster can transform your Corvette and you’ll wonder why you haven’t had one for all of your cars.

Scroll down for thoughts and reviews on Sprint Boosters for Corvette

you won't be disapointed , I put one on and my 07 now drives like a vette should! I won't ever take it off.
BEZ06
CF Senior Member

Received it yesterday and installed it today; Install is as simple as they say....
WOW!!! I'm glad your installation was simple - mine was a PITA and took almost an hour-and-a-half, as chronicled in my previous post. If I had known that I would need to remove the accelerator pedal to figure out how to release the wire harness connector, I could have saved a half hour or so that I screwed around trying to release it by feel. I think it would still take an hour for me to do another one.

My ZR1 throttle seemed a little sluggish and slow to react to accelertor pedal input. I had tunes on my other C6s, but don't want to tune the ZR1 yet due to concerns with possibly voiding the warranty with a tune.

Anyway, I mentioned in my previous post that I tried out the Sprint Booster on cold damp roads the other day. Under those conditions it seemed almost unsafe. Everytime I goosed the throttle just a little, the tires spun and the azz end wanted to step out - that was in a ZR1 with LOTS of power, and it was the first time I tried it. I think there's a little bit of a learning curve for you to learn to be a little more careful with throttle inputs, because the throttle reacts quicker and the power comes on a lot quicker.

Since then I've run it for a couple days on dry roads. It does what I was interested in - it perks up the throttle quite a bit!!!

The throttle comes on quicker and the RPM builds a lot faster. I think it basically just makes the pedal more sensitive. I know in my Z06 that the butterfly valves in the exhaust (NPP exhaust on the base C6) came open at 3,500 RPM (3,000 RPM in Comp mode) AND THROTTLE MORE THAN 25%. Under normal street driving the valves didn't pop open very often unless I was accelerating pretty hard to get more than 25% throttle. I have a M2W switch, and when on the track I always just opened them up so there wasn't any possibility they would be cycling open/closed.

I also have a M2W in the ZR1, but in the normal mode the valves open at 3,000 RPM and I assume the same 25% throttle is required (I don't have 2009 Service Manuals to confirm). You can hear the exhaust note change when the valves pop open, and before installing the Sprint Booster I would only get the valves to open during a fairly aggressive launch - and normal around town driving, even shifting above 3,000, didn't open the valves because I wasn't pushing down to get more than 25% throttle.

Now, after installing the unit, 3,000 RPM comes a lot quicker and the valves pop open almost all the time unless I'm very delicate on the accelerator pedal. Even when just driving easily around town, my wife has been complaining: "Hey, remember I've got a bad back!! Don't accelerate so hard!!!" So - I know the Sprint Booster is doing something!!!

Before installing the unit, when I blipped the throttle to rev match for a downshift, the slow throttle response didn't give me a good result. Now with the unit installed, I get a nice rev in RPMs when I blip the throttle.

Maintaining speed is not a problem, and the cruise control works just fine.

I have a 2009 ZR1, so it doesn't have the PTM (Performance Traction Management) feature. PTM allows you to floor the accelerator out of a turn and it manages power to keep the tires from losing traction. I'd be interested to see how it might work in a 2010 ZR1 with PTM.

Overall, I like it. There's a little period of time of getting used to it, and I still need to remind myself to be careful when accelerating out of a corner because the quicker onset of revs and power can really break things loose very quickly.

I feel it does what it advertises - perks up the throttle response to accelerator pedal inputs, and that's what I wanted without tuning the engine and possibly voiding the warranty.
dwwwwg
Junior Member

Sprint booster power converter
Okay, here's the deal. After going to every forum there is and listening to all the reviews on this Sprint booster thing I came to the conclusion that everyone that had one absolutely loved it and everyone that didn't said it was just a device that doesn't add horsepower and is not worth the money. Because so many people that had purchased this product had so much passion and I had nothing to lose because of the return policy I thought I would give it a try. Knowing how the device works because I am not naive to OBD2 (onboard diagnostics systems) because I used to do propane vehicle conversions back in the day on some of these systems and know exactly how they work. I found it interesting that this device just changed the signal going to the computer to make the computer believe you are stepping into the throttle further however because of the complex nature of the computer I'm sure the sensors are looking at other sensors and to put it simply cause and effect..
So here's the deal I purchased one from zip Corvettes and received it approximately 5 days later. After hearing somebody else's experience on Corvette forum on how to install it because the clip was a little tricky to see I automatically unbolted the pedal assembly with a 13 mm ratchet. After finding the little retainer clip the wire harnessed unplugged. Took approximately 10 to 12 min. to install. There are three modes (stock mode), (sports mode) and race mode. Drove down the street in standard mode to get the feel and to judge what difference this device would make to get a baseline. I haven't tried sports mode even as of today however I went straight to race mode and to make a long story short this is one of the BEST performance products I have ever purchased for a vehicle and this is why, this is how GM should have sold the car. The car feels like it has a different power band it takes the horsepower from the top of the pedal and puts it to the bottom of the pedal making the car feel faster but more than that it makes the driving experience of a Corvette a blast.(Much funner). It also Feels like it shifts different because there are no flat spots in the pedal. I would say this is a must buy product and although some people are saying it's kind of pricey at $300 if you were to put one in your Corvette as I did and try it I think you would probably pay whatever they wanted for it because it is that good and you would not want to go back to the stock pedal configuration. I do not work for the company nor do I have any investing interest I am the average Corvette Joe which happens to have a 2011 grand sport Corvette that I could not tune because of the warranty. After the warranty is up I will definitely tune the transmission so that the shift patterns are a little farther apart in sports mode and hits a little harder because it definitely shifts softer than I like.
P.S. when I purchased the car I wasn't completely satisfied with the way the panel responded for a 400 hp car. I also was thinking about installing a L Brock supercharger which said they would cover the warrant for of course an additional price however after purchasing this little stupid plastic device I am happy with the how the car feels and will not be making any changes????????.

If you're interested in an affordable, easy to install mod to make your Corvette even MORE enjoyable to drive,

Shouldn't YOU Be Joining The Club?

Find a Sprint Booster Made For You!